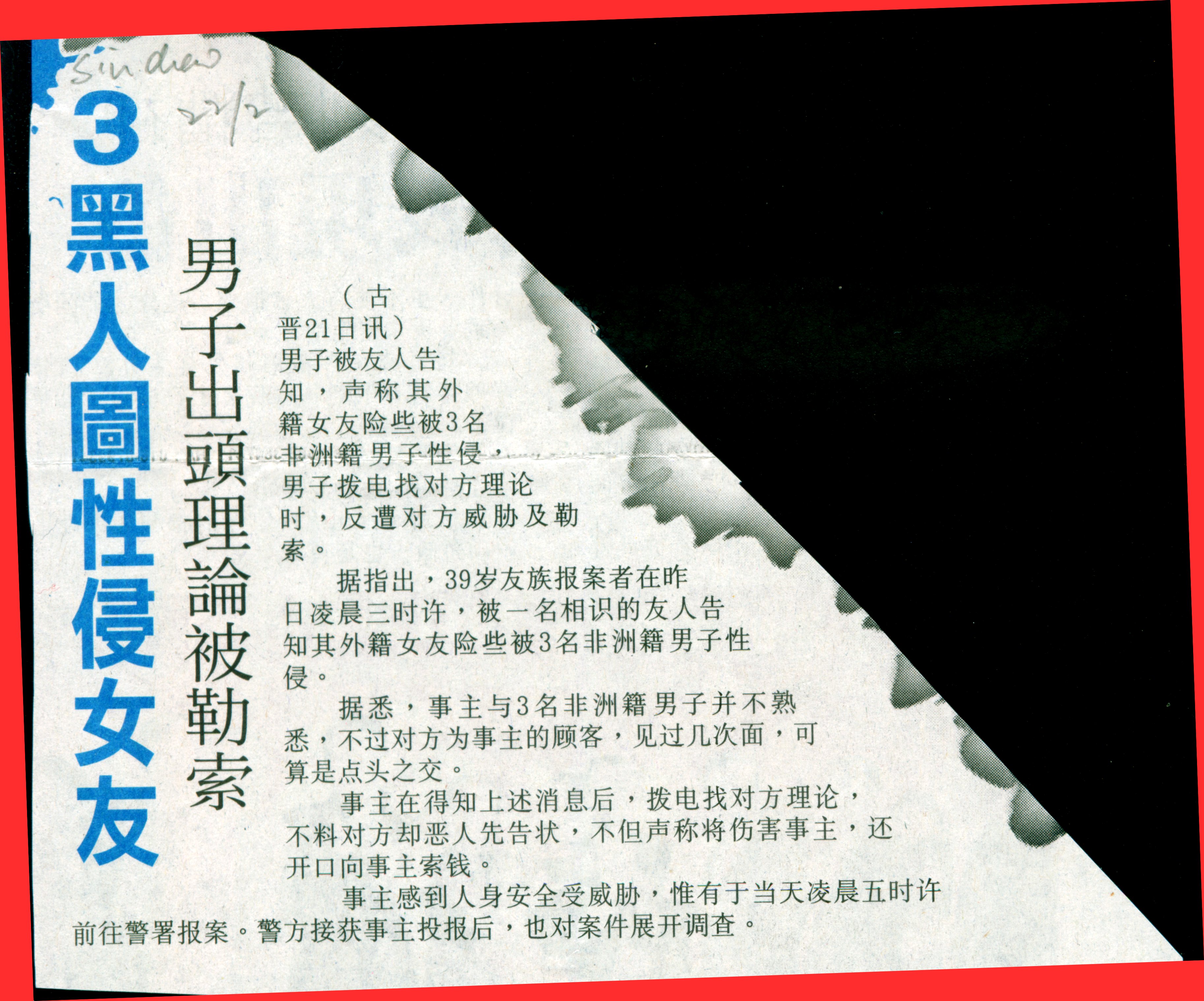 In Kuching alone, there were several rape and attempted rape cases involving African. One university college even having such students threatening the safety of female students and lecturers and personnel. But to protect the good name of the university college, no police help were asked to put a stop to all these problems.

We have enough local criminals to bring headache to Sarawakian, we do not need any ‘imported’ criminals to threaten our safety. Isn’t it time something should be done?

This is not the first time we read about the same familiar lines from newspaper that a bigger economic cake will be made so that it will be enough for everyone.

With the nation resources ready to be employed therefore to make a bigger cake, by theory, should be not much a problem provided the ‘leak’ by corruption can be stopped.

Leaders tended to forget the objection voices from the public on the cake sharing ratio. If the leaders still stick to old formula of cake sharing ratio, when the unfortunate got enough the fortunate one will be ‘hospitalized’ owing to ‘over-eating’ from a bigger piece of economic cake.

Borneo Post reported 4 views on the angry voters in the next state election.

These are the opinion of 4 persons in Sibu.

Sibu people like others still feel the pinch of hike in prices of several essential items from gas to food. But as long as they still could make ends meet, some would believe that will not affect the outcome very much.

Some reckon the unfairness of policies and services received and felt by the community would impact the outcome.

When leaders are unreachable and not helpful when needed might put off the local community. While some perceived by public as corrupted will likely affect the outcome as well.

It sounds rude but what about this picture story?

This picture appeared on the front page of yesterday Sin Chew. Initially, I thought it was just another Cairo latest incidence. But after reading the content next to the picture I was shocked to notice that it was happened in Malaysia University. 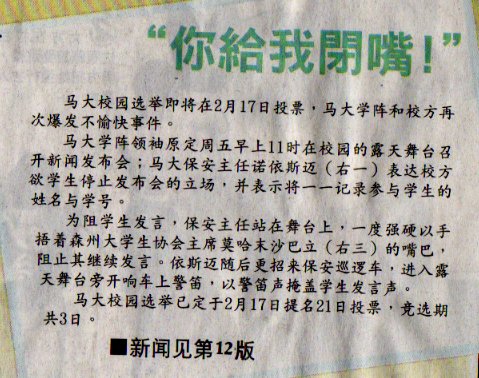 If local university security chief did not allow freedom of Speech could one deduce that It is also happening in Malaysia in general?

This photo appeared in See Hua Daily News and now posted in FB by one FB user for comments.

I must say such photo is not quite appropriate to appear in the front page of See Hua Daily News since the DCM never admit his relationship with her. Such photo has invited bad comments from FB users.

I am quite surprised by the internal revelation of some representatives over-selling oneself. It gives public the idea that some of them are at each other throat or cannot see eye-to-eye with each other.

You can read more about it here:

Who is telling lies?

It was reported in newspaper that Malaysian Prime Minister met East Malaysia past and present (possible) candidates for the coming state and federal elections.

It was said that some voiced their stand not to stand for the coming election. May be it was the number of candidates that Prime Minister has to meet that require a 5-min limit for each candidate to voice their opinion in order to have an efficient meet-all sessions.

Public opined that unless all these candidates are having say-all and not worry about consequences attitude, the 5-min ruling will likely bear little ‘fruit’ . Worse still they hold back what are in their minds.

These potential candidates face not just public pressure but also BN and opposition pressure making their live less bearable. Some even having presentation and management problem in parliament especially when questioned by opposition YBs.

However, some feel that unless BN revamp, the same old problem of ‘miss-communication’ will continue and bringing frustration. The olds where possible and necessary should give way to the new blood bringing new life to BN.

“Will some of the BN possible candidates jump ships in the coming election?” It is the question public is waiting to find the answer. Opposition seems to have more this sort of problem. Some claimed that it is the doing of BN.

The 5-min say all meeting some regarded it as ‘not serious’ ; what do you think?