So it is true that the Aluminium Plant is never a ‘safe’ plant free of pollution problem? China on seeing Sarawak welcoming such plant to be set up here also wants to place their smelter here. Are Sarawakian damn stupid and naive that we don’t know whether Aluminium Plant is safe or not? Sarawakians remain to be ‘Silence is Golden’?

Sale agents said they went to Mukah and nearby town brought their own food and drinks and ate biscuit with mineral water from seal bottle instead of eating in the kopitiam there. Is that how serious is the situation?

What can we do? Should we put a stop to this harmful industry?

One of the friends said “They should also bring alone oxygen tanks and masks as the the pollution is actually worst in the Mukah/Balingian air !” While another asked “What can we do? Do you have power and money or involved in politics? No one will listen to what you said if you are just an ordinary man like me!!”

One person may be weak and small but if more and more people put their view forward and tell them ‘enough is enough’ just may be thing can be done. Don’t forget to use your vote to tell them what you want

Some people said before, using people’s power? Like in Philippines and now in Europe?

Maybe the following things you can do as an individual:
1) Complain to Public Complaint Bureau – http://apps1.pcb.gov.my/eApps/bpaiaducmpl/AduCmplPublic/add.do?aplCode=en

2) Complain to your local council
3) Write to WHO, hopefully their involvement will make the authority to pay attention to the situation
4) Complain to Australian High Commission in KL

Just do your part and hope for the best. Ask all FB friends to highlight the issue to bring awareness to all may be the first step to take?
If majority of Sarawakian voice against this kind of industry and make it a public issue hopefully it will stop the pollution in Sarawak.

Local council paying attention to plastic bag pollution and impact on environment, campaigning “No Plastic Bag On Saturday”. Isn’t it true that it is time for local council to pay attention to the impact of this kind of industry in Sarawak which is directly threatening the health of our people?

May be a campaign of “No Aluminium Smelter Plant and Paper-pulp industry in Sarawak” is urgently needed?

Is it seditious? If it is why Malaysian Government not taking any action against Ibrahim Ali? Is it because Ibrahim Ali is above law and/or he is ‘employed’ by UMNO extremists to do all these ‘seditious acts’?

Malaysian Government somehow has to do something to this gentleman Ibrahim Ali to show to local and overseas people that the government is still in control of the situation and not siding Ibrahim Ali.

If the government continues to allow him to make the so called ‘seditious remark’ the government will be perceived as ‘weak and bias’ and kowtowing to racist people and against 1-Malaysia spirit.

Allowing the so called clown to clown around will be bad for foreign investors as they might get the wrong message that Malaysia is going to have trouble and withhold their intention to invest in Malaysia which we cannot afford to have.

RM1.8 M well-spent according to the ministry.
However, the break down of the job contracted indicated own server may be needed. If there is no own server, I don’t think facebook owner would allow addon or modification to their facebook.

Breakdown of features:
1. Technical:
Dedicated hardware deployment [server or something else? Done?]
Software licencing [server software or ??]
Front end applications [own website or facebook template?]
Application server engine [yes, it is about server and what kind of engine is that?]

2. Development of six campaigns which require:
Flash games engine
Flash programming and coding
Creative development and design
Campaigns ideas and concept
Front-end Flash design
Testing and debugging
[All above on facebook or own server? Likely on own server]

3. Campaign promotions
Digital advertising campaigns on Google and Facebook
Contest, page wall and tourism fanpage content management
Collection and management of database
[There is no breakdown on cost of each items and details on items not available too]
So all these cost RM1.8M? Anyone can do it at cheaper price? LOL

Assuming that this project is now open for tender, would those with IT knowledge or are in this line of business submit your proposal here for vetting purpose?

The important questions to ask are:
How much of the above job done so far and how much of this RM1.8M paid? Is it paid according to work done or payment before work completion?

Malaysian government is so easy to part with a few million Ringgits without any doubt on delivery of goods and services?

Who is approving such project and why there is no working committee on the project to look into the feasibility, effectiveness and costing of such project?

May be that is how smart people could always get a big return using free tools and services by putting in nice paper to get the head nodding of the ministry in charge while people with know-how are side-lined?

By right by going through the proposal one should be able to figure out whether one has been short-changed in the deal. But if one has no knowledge of the free tools and services and at the same time has no wish to learn about the tools and services inevitably it will be a case of ‘not knowing the details and effectiveness’.

If one is responsible in one’s undertaking, the person in the right mind will seek advice and assistance from friends and colleague and second opinion from another company, which can be obtained freely without any commitment, before rushing to close the deal.

Malaysian government should come up with a proper guideline and procedure on processing and approving such project in the future to avoid similar problem and question raised by opposition as well as Barisan Nasional component parties members to avoid any allegation of wasting good money (a few Million Ringgits) on free tools and services.

Open tender is a must in awarding any project be it small or huge project to avoid such award being under the spotlight of corruption-scandal.

Club to coach wives to be ‘whores in bed’

In the past few days, it was reported in newspaper about setting up a club to help ‘wives to be obedient’ to provide ‘quality sex’ at home. The above news is today’s latest news. 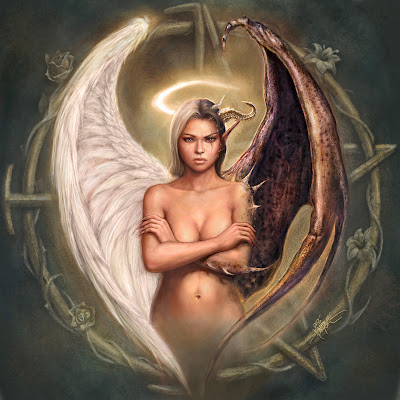 Malaysian may be immature and not progressive politically but we are surely mature and progressive sexually. But how much money will be channeled to this kind of club to help all races to have better sex at home instead of at prostitutes den ?

Look like someone is trying to put the blame of husband’s going astray squarely on the ‘disobedient wives’. Women really have to be so submissive to provide better sex for husband to have peace and tranquility at home? Does it sound like ‘prostitution’ at home if it is just one-way treatment from wives with no respect from husband on the position of wives in the family?

With the price hike of so many essential goods, would the couple still have the ‘mood’ of having quality sex? Whatever sex urge might likely be killed by pressure of price hike and the couple might end up quarreling over ‘insufficient cash’ to meet monthly expenses. Unless the couple is not so much burdened by daily problems what suggested by the club might not be feasible.

What if female are going out to fool around with other men, would they suggest the same thing to husband? Or female will be stoned to death for ‘betrayal’? Should the same idea and concept applied to both sex? If not, why not?